"Apparently those in each boat were selected by lot . . .The only other persons originally in my boat were Red Cross nurses of the Post unit and infants. In trampling upon them to safety I foresaw no difficulty.
"But at the dress rehearsal the purser added six dark and dangerous-looking Spaniards. It developed later that by profession they were bull-fighters. Any man who is not afraid of a bull is entitled to respect. But being cast adrift with six did not appeal.
"One could not help wondering what would happen if we ran out of provisions and the bull-fighters grew hungry. I tore up my ticket and planned to swim."

Anarchy Sure as U.S. Leaves Mexico

Army Has Made New Vera Cruz

Marks Time Under the Portales​

When a War is Not a War

Navy Suffers in Loss of Gibbons

London Though Eager for News,

Gladly Yields to the Censor

Davis Sure Germans Were Withdrawing

Germans Got Cold Cheer in Brussels

Horrors of Louvain Told by Eyewitness;

The Germans in Brussels​
Scribner's/November, 1914

The Appalling Waste of the European War
New York Tribune/November 1, 1914

Rheims During the Bombardment
Scribner's/January, 1915

Allies in Serbia Fighting in the Clouds
​New York Times/December 9, 1915

Saloniki is Full of Enemy Spies

War? Nobody Knows What It Really Is Until He Attempts to Travel Abroad

The War That Lurks in the

Forest of the Vosges

Blinded in Battle, But Not Made Useless
New York Times/February 27, 1916 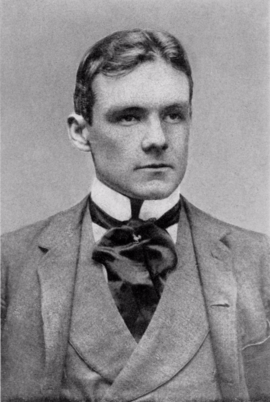 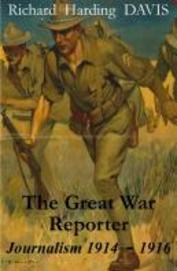 The well-traveled and photogenic Richard Harding Davis represented all that was edgy and glamorous about that new breed of American journalist: foreign correspondent. Fearlessly tramping by rail, road and horseback to the front lines of the “Great War,” he sent back colorful dispatches on the murderous trench warfare in France, shocking German atrocities in Belgium, and the convoluted fighting in the Balkan mountains, where tribal loyalties and murky national rivalries created a confusing strategic chessboard.  The Great War: Journalism 1914 – 1916 is the first compilation of Davis’ reporting in history, a publishing landmark that will help students, historians and casual readers understand the most important single event of the 20th century.

The Death of Rodriguez

With the Greek Soldiers

Shafter and Sampson Go Ashore to Confer With General Garcia

A Sample of American Pluck

The Landing of the Army

The Rocking Chair Period of the War

Ponce Back in Business

The Rough Riders at Guasimas

The Battle of San Juan Hill

The Relief of Ladysmith

The Boer in the Field

Along the East Coast of Africa

The Passing of San Juan Hill

Who Owns the Isle of Pines?

The King of the Filibusters

The Army of Pacification

The Capital of the Congo

Americans in the Congo

On Shore in Vera Cruz Today