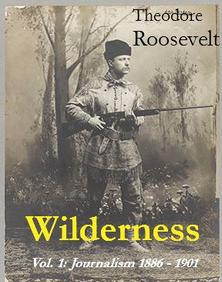 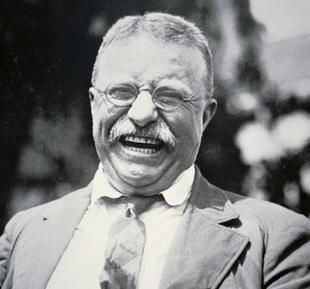 ​​​The Rough Riders: To Cuba

The Rough Riders: The Cavalry at Santiago

The Rough Riders: In the Trenches

The Rough Riders: The Return Home

Fellow Feeling as a Political Factor

What We Can Expect of the American Boy

The Eighth and Ninth Commandments

​Latitude and Longitude Among Reformers

Political Assessments in the Coming Campaign

Where We Cannot Work With Socialists

Where We Can Work With Socialists

The Thraldom of Names

I. A Railroad Through the Pleistocene

II. On an East African Ranch -

Lion Hunting on the Kapiti Plains

III. On Safari. Rhinos and Giraffes

The Administration of the Canal

The Foundations of the Nineteenth Century

Dante and the Bowery

The Search for Truth in a Reverent Spirit

III. Shooting Near the Ranch House--

IV. The Deer of the Upland

and the Broken Ground

V. The Last of the Elk

Remarks on Balloting and Copyright in "Notes"

Ranch Life in the Far West

In the Cattle Country

Sheriff's Work on a Ranch

Some Recent Criticism of America

The Merit System Versus the Patronage System

An Elk Hunt at Two-Ocean Pass

A Shot at a Bull Elk

Big Game Disappearing in the West

The College Graduate and Public Life

Hunting in the Cattle Country
Travel/January, 1895​

A Plan to Save the Forests

The Higher Life of American Cities

The Church and the People

Women's Rights, And the Duties

of Both Men and Women

A Phase of Industrial Justice

The Court of the Children

Do You Believe in the Rule of the People?

The Conservation of Business--

Shall We Strangle or Control It?

The Welfare of the Farmer

The Rank and File

A Naked Issue of Right and Wrong

An Achievement for Humanity

The Ohio Floods:
Can Such Calamities be Prevented?
The Outlook/April 5, 1913

Chapters of a Possible Autobiography: Practical Politics
The Outlook/April 26, 1913

A Cougar Hunt on the

Rim of the Grand Canyon

Across the Navajo Desert

in the Brazilian Wilderness:

The Headwaters of the Paraguay​

Up the River of Tapirs

In the western territories a young Theodore Roosevelt found inspiring loneliness and a hunter’s paradise. Out here TR enjoyed tough physical challenges and a pleasing distance from the half-formed men of the East, who grasped so desperately for money and power. As the “open season” on buffalo, antelope, mountain goat and white-tailed deer brought these species close to extinction, however, he began to understand the meaning and value of conservation—a sentiment expressed eloquently in the articles he penned for Century, The Outlook and other journals.This collection is the first of two volumes from The Archive offering TR's journalism, complete and unabridged, as a hunter, rancher and environmentalist.